Apple’s striving to become a relevant video content platform in the face of behemoths such as Amazon and Netflix, but the company could have a trump card for its Apple TV product in place.

Apple recently brought live news streaming to the TV app by aggregating live news feed from channels like CNN, CBS, Fox News, etc. According to a new report from Bloomberg, the company is now eyeing another lucrative opportunity – selling subscriptions to video services through the TV app.

As per information received from insider sources, Apple plans to sell subscriptions to select streaming TV and video services directly through the TV app available on the Apple TV, iPhone and iPad. 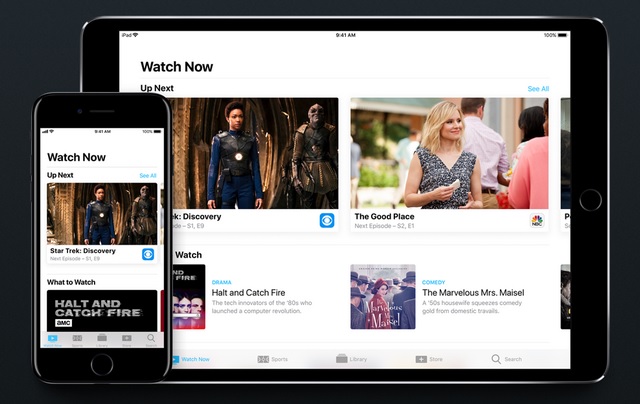 The TV app already hosts a huge collection of TV shows, movies, etc. sourced from different content providers. Some of them also have a premium tier of exclusive content or rely entirely on subscriptions such as Netflix, HBO, Showtime, etc., which also have their own standalone apps on the App Store. In order to access content from such services, users have to first open the app or the website and pay the subscription charges to access their content on the TV app.

However, Apple’s new move will make the TV app a hub for all media content, where users can discover, and possibly also watch and also buy content by availing the desired subscription service. Users will no longer have to rely on apps or websites to make subscription payments, as they will be able to do the same straight from the TV app. The ability to purchase subscriptions from the TV app is currently in the development stage and is expected to be announced next year.

Apple’s new move is quite similar to what Amazon has done with Amazon Channels. Amazon Prime subscribers can catalog a number of paid third-party video services such as CBS and HBO on their Prime Video service account, and stream video content directly on Amazon’s video platform.