Revenge Is a Dish Best Served Out of the Office 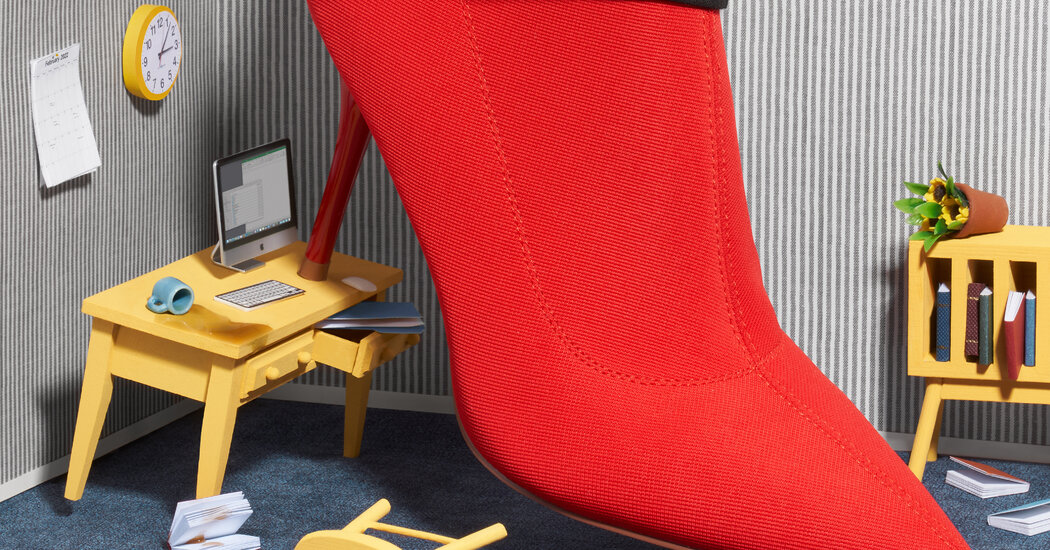 Send questions about the office, money, careers and work-life balance to [email protected]. Include your name and location, or a request to remain anonymous. Letters may be edited.

I landed a new remote job selling software to H.R. professionals. I’ve been assigned a “buddy” to meet with weekly, on Zoom. I’m a curmudgeonly 51-year-old woman and fan of your books. He’s a young guy and all I have been able to discern about him is he went to college on a football scholarship. While I think this is a really nice idea … any suggestions as to what I could possibly have to talk to him about?

Your young colleague isn’t an alien from another planet. Talk to him. Ask him questions! What position did he play in college? Does he miss playing? Did he learn anything on the field that has been useful to him in sales? How does he like his job? What’s his dream job? How does he spend his free time? Is he a reader? What’s the last great book he read? Marvel or DC? Who is he rooting for in the Super Bowl? Has he ever been to one? Where are some places on his travel bucket list? Ultimately, what kinds of things are you curious about in other people? Go from there.

I began my career as a locally employed embassy employee doing clerical work in a European capital. At the beginning of the pandemic, I returned home and joined the government on a fast-track career program after a brief stint in tech. While in the embassy role, my manager was rude, belittling and exclusionary.

This woman and I will now be crossing paths again, something I truly never saw happening. The added complication is that in my current role, I am more senior than she is, and I am enjoying a type of comfort and confidence and cachet I never thought possible. I should be polite and professional but all I can think of are ways to seek my revenge. Is that wildly immature? If not, any advice on how to execute?

As some people know, I have several nemeses and have no problem with a little petty revenge so long as it doesn’t harm anyone, which is to say that most of my revenge fantasies are theoretical, and so should yours be. Yes, it is wildly immature to want to wield your newfound status over your former colleague, and it is totally fine to be wildly immature in theory rather than practice. A good revenge fantasy can be exquisitely satisfying, but the truth is that you’ve already had your revenge. You are thriving. Be collegial and professional but otherwise, don’t give her a second thought. You’ve evolved and, hopefully, so has she.

I’m a recent college graduate, and I have been working as a general assignment reporter at a small newspaper. Though I have written a handful of stories of which I’m proud, I can’t help but feel my creative progress is stalling. The expectation is that we write one story a day, a mind-set which has often wasted my time by forcing a scramble to come up with an idea or to make inquiries about some mundane assignment instead of using downtime for meaningful reporting.

Most of my colleagues, including both top editors, are over 50 and have worked at this newspaper for two to three decades. I am the only current employee who came without prior journalism experience. The only reason this paper can print a daily product is because of reliable veterans. There is no system for mentorship in place. With most people working remotely, there is little opportunity for camaraderie. And my editor gives me only cursory positive feedback without initiating deeper talks regarding a story’s impact or whether and how a topic could be pursued further.

Conventional wisdom would say I need to be a sponge who solicits advice from the veterans, but they aren’t exactly offering any. The few with whom I have talked have noted many of the same flaws I outline here. The person who previously held my role quit after 10 months.

I’m feeling demoralized. Part of me feels selfish for failing to buy into the “fill the paper” mind-set, though I’m convinced that mission is outdated and based more on tradition than utility to readers. One of my options is to quit, trusting I’m not too naïve to read the situation accurately. The other is to honestly engage with my bosses about my struggles, something I haven’t been able to do because I fear they’ll regard me as a failing rookie. If I think it’s worth re-engaging, how honest can I be with my managers about my lack of fulfillment; are they likely to invest effort and help me improve or merely wait for me to quit?

Newspapers are in crisis. It must be frustrating to experience this kind of disappointment and disillusionment, fresh out of college. I do hear you. But I’m not sure you have an accurate understanding of the current climate for journalism. That your paper exists at all is a small miracle. There are fewer and fewer journalism jobs with each passing year. Your seasoned colleagues have seen a drastic shift in an industry to which they have probably given their lives. It may be that there isn’t much mentorship or hands-on editing because the current staff is stretched thin.