Symone Sanders, a Strategist for Biden and Harris, Is Joining MSNBC 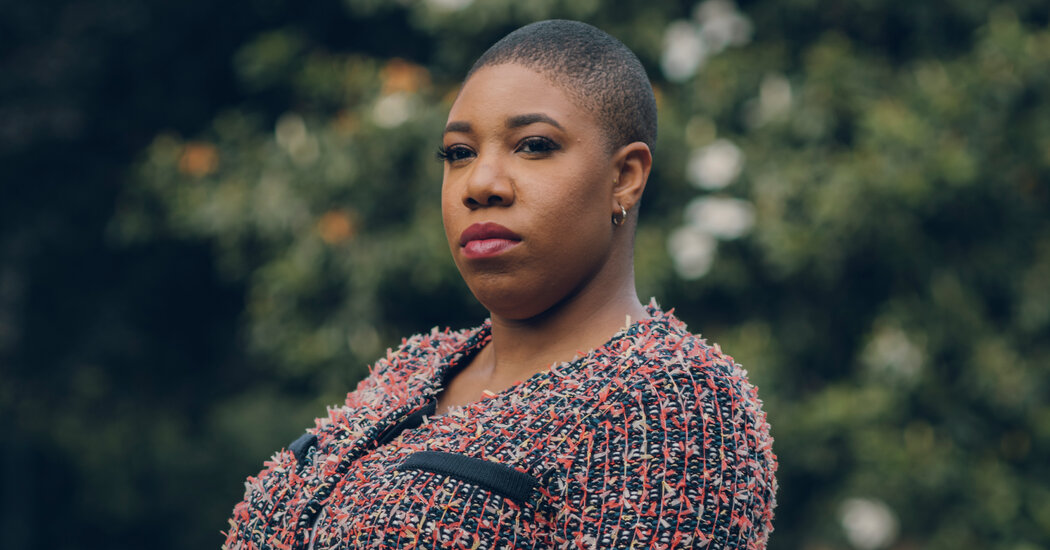 Symone D. Sanders, the former chief spokeswoman for Vice President Kamala Harris, is joining MSNBC as an anchor and will host a new weekend program on the cable channel, the network said on Monday.

Ms. Sanders, 32, who left her post with Ms. Harris at the end of December, is the most prominent member of the Biden White House to shift from politics into a full-time job in the news media.

The format, title and time slot of her MSNBC program, which will air on Saturdays and Sundays starting in the spring, are to be determined. She will also serve as a fill-in anchor on the network and host a show on The Choice, the streaming arm of MSNBC on NBCUniversal’s digital service, Peacock.

The hiring of Ms. Sanders is one of the first big programming moves by MSNBC’s president, Rashida Jones, who took charge of the channel in February, after the departure of its longtime head, Phil Griffin. Ms. Jones must reshape the network lineup after the recent exit of the anchor Brian Williams and the decision by Rachel Maddow, the network’s biggest draw, to dial back her on-air presence later this year.

Ms. Sanders, who was one of the highest-ranking Black women in the Biden White House, is among the few recognizable personalities in an administration that tends to discourage aides from seeking the spotlight.

In her mid-20s, she became national press secretary for Senator Bernie Sanders’s 2016 presidential campaign, then joined CNN as a commentator with a talent for making rapid-fire retorts and getting under the skin of Republicans. When a Republican official told her to “shut up” during a live interview, she parlayed the viral moment into the title of her memoir: “No, You Shut Up: Speaking Truth to Power and Reclaiming America.”

She joined the Biden campaign in 2019 as a senior adviser, acting as a conduit for constituencies including women, Black voters and Democrats previously loyal to Mr. Sanders. Her fierce advocacy for her candidate extended beyond the airwaves: In March 2020, she tackled a protester who rushed the stage during Mr. Biden’s speech on Super Tuesday. At the White House, she played a central role in Ms. Harris’s brain trust.

In an interview over the weekend, fresh off a morning of shopping for a wedding dress, Ms. Sanders said she planned “to bring my whole self to this show.”

“I’m a young woman, a young Black woman from the Midwest,” said Ms. Sanders, who grew up in Omaha and plans to marry her fiancé in August. “Yes, I do politics, but I’m also a consumer of pop culture. I watch the news, I check Twitter, but I’m also into ‘Real Housewives.’ I’m interested in reaching what I call the nonpolitical group chats, the discussions that are penetrating outside of Washington.”

There is a well-worn path between the White House and television news.

As a political spokeswoman, Ms. Sanders has not always seen eye to eye with the news media that she is now joining full time.

Speaking last month to The Omaha World-Herald about her departure from Ms. Harris’s staff, Ms. Sanders said she planned “to continue to be a reliable voice for this White House on the outside, regardless of whatever I do next.”

Asked about those comments, Ms. Sanders offered a more nuanced take. “I’m going to tell the truth, and sometimes the truth is critical,” she said of her new role at MSNBC.

She added: “This administration has its critics, just like everyone does — I have my critics — and we’re going to have those conversations.”

MSNBC’s most popular anchors, including Ms. Maddow, Lawrence O’Donnell and Nicolle Wallace, fall into the category of left-leaning opinion. Ms. Sanders’s program is likely to attract a built-in fan base of viewers eager to hear about current affairs with a pro-Biden bent.

“Symone’s been on our radar for a while,” Ms. Jones, the MSNBC president, said in a separate interview. “As soon as we had the opportunity, after she left the White House, we shared the thought that this was the best place for her.”

Ms. Jones said she wanted Ms. Sanders’s “perspective as a woman, as a politico, as a Black woman who’s navigated all these areas from a cultural standpoint — her being herself.” She declined to comment on other future programming moves.

For Ms. Sanders, who will remain based in Washington, a shot at cable news stardom is a fulfillment of an early dream: As a child, she sometimes acted out imaginary TV broadcasts as an alter-ego host named “Donna Burns.”

“I picked up a spoon, a fork, a remote or whatever was there, and I would report on the kitchen,” she recalled. “I think I watched too much evening news as a child.”