As the pandemic wore on, we were really getting on each other’s nerves. I realized we needed a new approach. 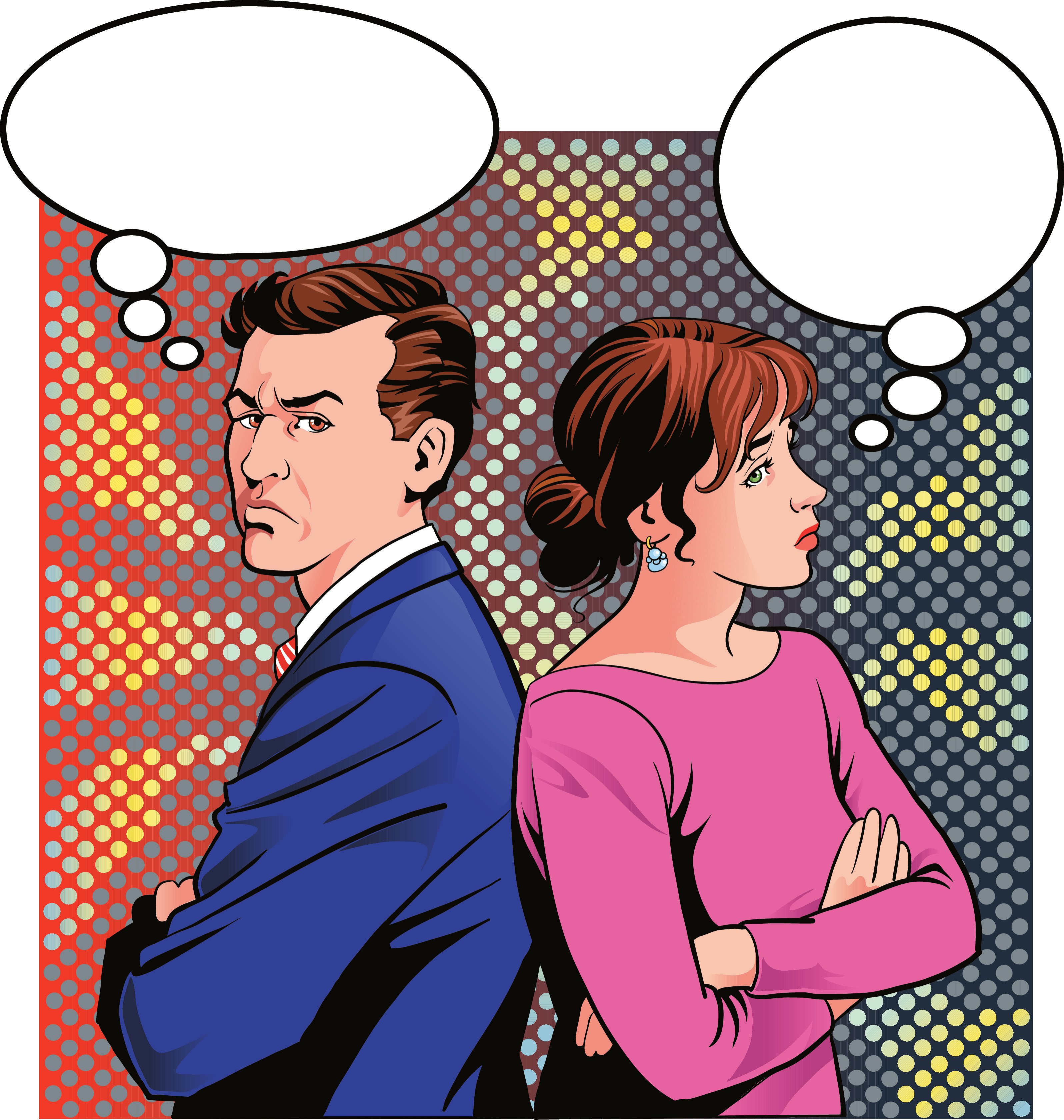 My husband and I have been together for almost 20 years. We have very different personalities and communication styles. I’m an extrovert who talks quickly—some might say “blurts.” He’s a quiet guy who carefully considers each word before speaking. I am impulsive; he’s more thoughtful. Over the years this has led to misunderstandings, hurt feelings and many, many fights.

Once, when we were first dating, he showed me a pair of glasses he was thinking of buying. My immediate response was, “I hate them with every fibre of my being.” After a week of fruitless searching, we were back in the same optometrist shop. I picked up a nice pair that I thought would look good on him. He reminded me (rude) that it was the same pair I had reacted to so passionately only a couple of weeks earlier.

This was a cute, funny story from those early love-filled days, but as the days, weeks, years and decades of our relationship have piled up, we’ve had a few less-cute fights about money, career and family. These have been exacerbated by our different perspectives and tendency to react quickly to our own individual triggers.

And, as the pandemic wore on, we were really getting on each other’s nerves. After another squabble about something stupid that spiralled into a fight about every past wrong, current annoyance and one another’s ingrained character flaws, we needed a new approach. I’m not sure who came up with this method (which probably means it was him), but we’ve been doing it for about a year and have found it useful. The way it works: When one person is about to suggest something that the other person might not like—trying “click and collect” grocery shopping; installing curtains in the living room window; going for a Sunday morning bike ride rather than a walk; taking a vacation to Geneva—that person first says, “I am going to suggest something now, and please don’t react. Just listen and we’ll talk about it later.”

We are both set in our patterns and ways of thinking, and we have a lot of knee-jerk reactions. Click and collect uses too much plastic! Installing curtains will make this house feel like a prison! A bike ride will hurt my knees! Geneva is full of mountains!

But, by asking the other person to withhold their immediate reaction, we circumvent that first impulsive, negative blurt. Instead, the person being presented with the idea is forced to robotically nod and say something along the lines of, “Okay. Let us discuss this later.” While you definitely feel like a Martian when responding like that, guess what happens when you have to put your piping hot take on a cooling rack? First, you don’t immediately stomp all over your life partner’s reasonable suggestion. Second, you sometimes realize their idea is actually pretty good. Third, you’re able to agree to it, or come to a compromise, without having to climb down from a very high horse.

It turns out the glasses frames aren’t hideous monstrosities, but a nerdy-cute tortoiseshell. Click and collect makes sense in a pandemic, and we can give the bags away in our Buy Nothing Group. A curtain would prevent the neighbours from seeing us eat breakfast for dinner for the fourth night straight. If we go for a walk, rather than a bike, we can bring the dog. Geneva is full of mountains, yes, but it is also full of chocolate.

At the very least, it means that the initial reaction—“You are insane,” or, “That’s the stupidest thing I’ve ever heard”—doesn’t get spoken aloud, and you don’t start the down the usual couple-fight road that ends in hurt feelings, nursed grudges or ugly eyewear.

Amy Tector lives in Ottawa. Her debut novel, THE HONEYBEE EMERALDS, is published with Keylight Press.

Get Chatelaine in your inbox!