What is 5G? Everything You Need To Know

The mobile industry is ready to go through a big transition in the coming years. We are on the verge of experiencing something spectacular. While most of us are happy with our current data speeds, it won’t be the case a few years from now. With the advent of  IoT devices and exponentially increasing user base, the mobile industry needs a robust plan to be able to cater to our needs in the future.  Their solution to this problem is the next generation of the mobile communications systems, a.k.a. 5G. 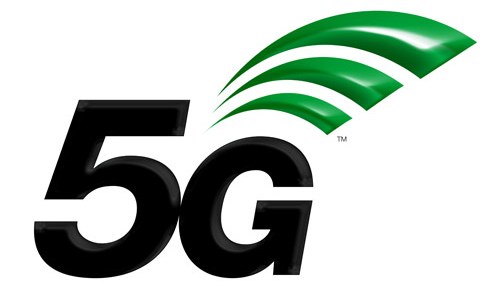 However, after 2G, the lines marking the different generations became a little bit blurry, but still, every successive generation meant higher data speed, better connectivity, and better call quality. 5G technology is supposed to take the cellular world by storm. It is going to mark as big a jump from our current 4G-LTE technology as 2G did from 1G.

While the current 4G-LTE technology typically uses spectrum under 3GHz, the 5G technology will use higher bands of spectrum, above the 20 GHz mark. This range of the spectrum is also known as the “millimeter wave”, as the frequency of the waves become so high that its wavelength is only a few millimeters long. Data throughput by a wave is directly proportional to its frequency, hence, higher the frequency higher will be the amount of data it can carry. This high-frequency range in spectrum gives 5G many advantages over the current 4G technology.

Latency refers to the delay occurring between a user’s input and the execution of his command. In terms of data transfer it can be understood as the time it takes a packet of data to travel from one point to another. For a network to work optimally, its latency should be as close to zero as possible. Currently, 4G-LTE has a latency of 40ms-60ms. 5G technology is supposed to provide 5X lesser latency at a range of 1ms-10ms.

Since the 5G will be utilizing a part of the spectrum with high frequencies, its data carrying capacity will be exponentially higher. Add that to the fact that high-band spectrum is still unused, we are looking at a huge improvement in the data carrying capacity. The spectrum utilized by 4G-LTE technology is already crowded and carriers are fighting over limited remaining bandwidth. The biggest benefit of higher capacity will be seen by the video streaming industry. Since the packets will theoretically be able to carry more data, 4k and even 8k streaming will be easily possible.

The higher frequency of the spectrum will allow 5G to use “beam forming”. A technique in which data is sent to required recipients in the form of concentrated beams. This will allow the 5G compatible antennas to direct higher data throughput to places where it is required the most. The current technology uses isometric antennas which send data equally in every direction regardless of the usage condition. The user-guided data channel will result in better utilisation of the data. Suppose you are streaming a 4k video while your friend is reading articles on the web. 5G will be smart enough to send higher data throughput to you than your friend.

The 5G spectrum allows manufacturers to incorporate multiple antennas in a device as the size of the antennas can be reduced considerably. A device carrying multiple antennas can simultaneously talk to different bandwidths in the high-band spectrum. This will enable 5G devices to use Mass MiMo. Mass MiMo will allow any number of users to connect to the same connection simultaneously without losing any data speed or throughput.

The combination of Mass MiMo, higher capacity, and targeted delivery of data will allow the 5G technology to support more devices in a smaller area without any loss in usage capability. It is estimated that when launched 5G will be able to support 1 million devices per1 SQ km area.

When is 5G coming?

One drawback of using high-frequency spectrum is that high-frequency signals attenuate fast and can cover only a small distance. While today a large tower can send signals which cover several miles, the 5G waves can cover a distance of only 200 meters. They are also not good at penetrating solid structures like walls and buildings. This means instead of a single tower which is big, thousands of small cells need to be installed throughout the city to cover a similar area. Thus, a robust infrastructure needs to be in place before 5G can be rolled out. Carriers are optimistic and planning to carry out the trial of 5G in the coming Olympics Games in the year 2020. The launch of 5G to the mass market in the USA is supposed to roll out in the year 2022-23.

Also, when it comes to the 5G supported devices, we can expect them to be unveiled when 5G networks are ready for prime time.

Why is 5G so Important for the Future?

We are transitioning into the world where the Internet of Things will be a major player. More and more of our devices are becoming smart. We are already using smart watches, smart lights, smart home devices, smart speakers, and what not. The number of smart devices is only set to increase in the future. It is estimated that by 2025 an average household will have at least 27 smart devices. 5G is important for our IoT devices, as they will need uninterrupted data connection with no or minimal latency. The ability of 5G to support incredible speed, negligible latency, and densified connection is necessary to make our dream of future come true, where every device is connected, and talk to each other seamlessly.

SEE ALSO: What is Bluetooth 5? Everything You Need to Know

Although it’s still a few years away from hitting the mass market, 5G has already generated quite a hype. Whether you are an online gamer, a 4k video streamer or just love the high-speed internet (who doesn’t), 5G is sure to change the way you interact with the web. Let us know your views about 5G in the comment section below and do tell us how you are planning to utilise it.